A Sign of the Times? A Brief Look at the Trend of Patent Cases Before the US Supreme Court

So far in 2017 the Supreme Court has rendered decisions on 5 cases: 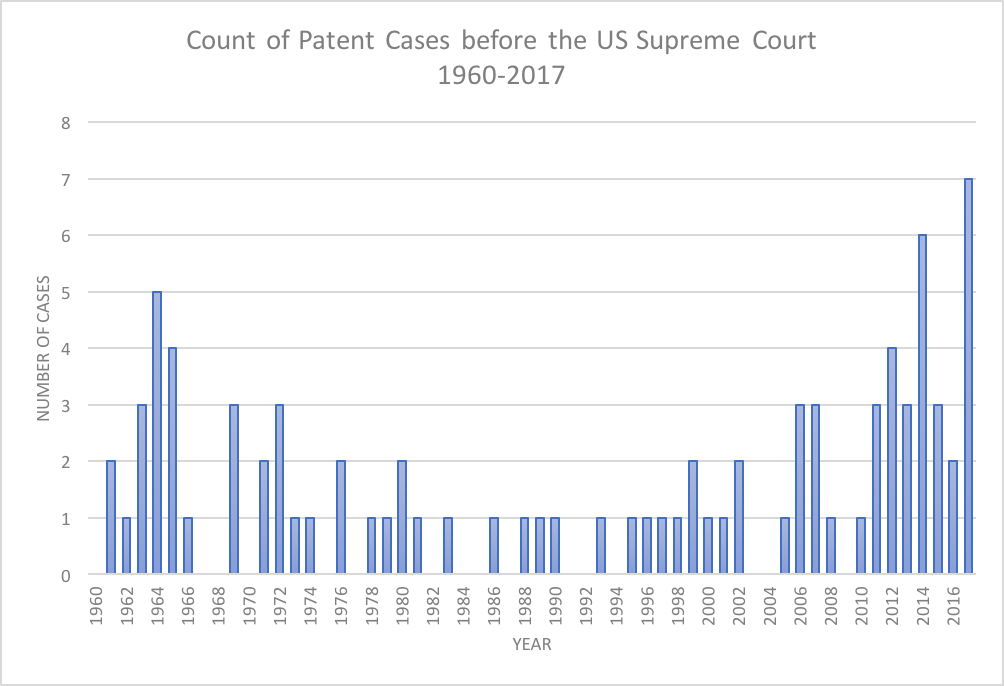 Only twice before has the Supreme Court heard more than four cases in a single year – once in 1964 when there were five cases heard. In 1964, two of the cases were companion cases that upheld that patent law was reserved for the federal government and not the states. The second time was when six cases were heard in 2014, which is the year Alice v. CLS provided a precedential decision, which we are still realizing and feeling the effects of.

Not only has the number of patent cases heard by the Supreme Court increased in recent years, the impact is profound. In addition to Alice, the Supreme Court has repeatedly reversed the Federal Circuit’s sometimes long-standing interpretation of the law. Oil States Energy v. Greene’s Energy could drastically change the face of the Patent Trial and Appeal Board (PTAB).

Is this trend of patent cases being taken to the Supreme Court going to continue, or will it die off as it did after the spike in 1964? Perhaps it is a sign of the times we live in, where intellectual property is more important than ever. What does this mean for the future for patent holders? Is one of the cases from 2017 set to be another precedential decision?