Identifying Trends in Lithium Battery Technology with InnovationQ Plus

Rechargeable lithium-ion batteries transform the electrochemical reaction from lithium atoms moving between positive and negative electrodes (traditionally lithium-cobalt and graphite, respectively) into electricity that powers everything from smartphones to electric vehicles. This technology is essential to modern life and mitigating climate change. Patenting activity in lithium batteries began in the 1990s, with published patents and widespread use both increasing exponentially in the 2010s. 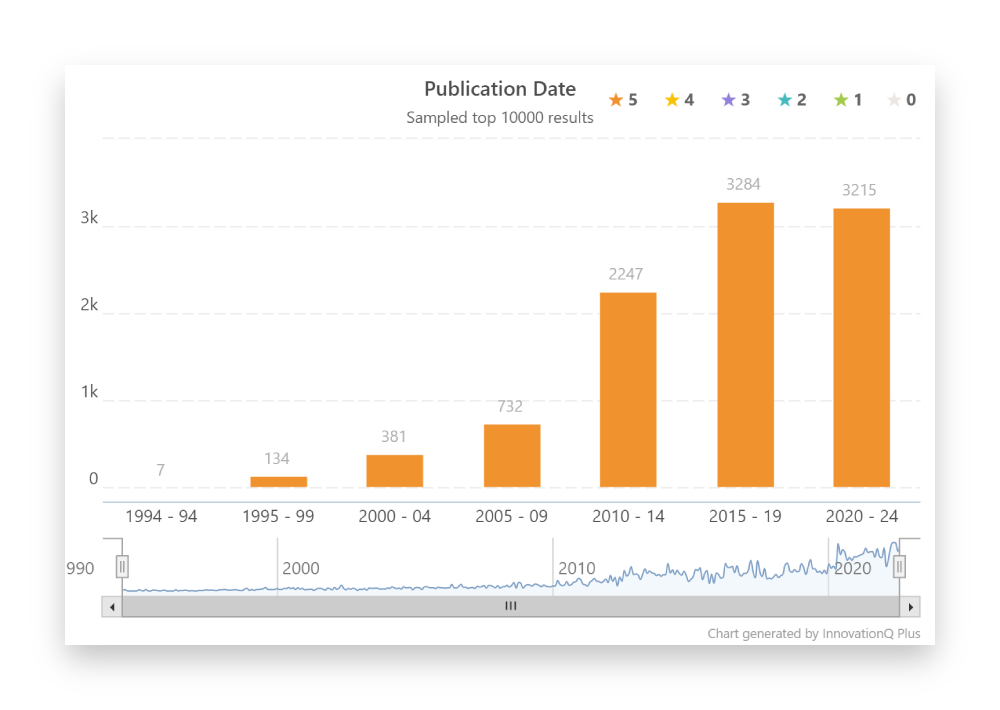 The Need for Battery Innovation

Current lithium-ion batteries limit the usefulness of other growing technologies with the potential to make our world safer and healthier, including electric vehicles (which experienced 40% year-over-year growth from 2018 to 2019) and renewable energy. Lithium battery technology is missing affordability goals, especially as demand increases and raw material prices increase. The batteries have a tendency to overheat and/or catch fire. The future of lithium batteries rests on innovators’ ability to overcome these challenges, and other limitations of current lithium-ion technology, as the International Energy Agency estimates the demand for batteries will grow 17x between 2019 and 2030—for electric vehicles alone.

The Future of Lithium-ion Batteries

In the early days of lithium-ion patents, Japan and China led innovation, followed closely by Korea and the US. Now, China is the clear leader in this space, from raw materials and intellectual property to production capabilities and electric vehicle usage. 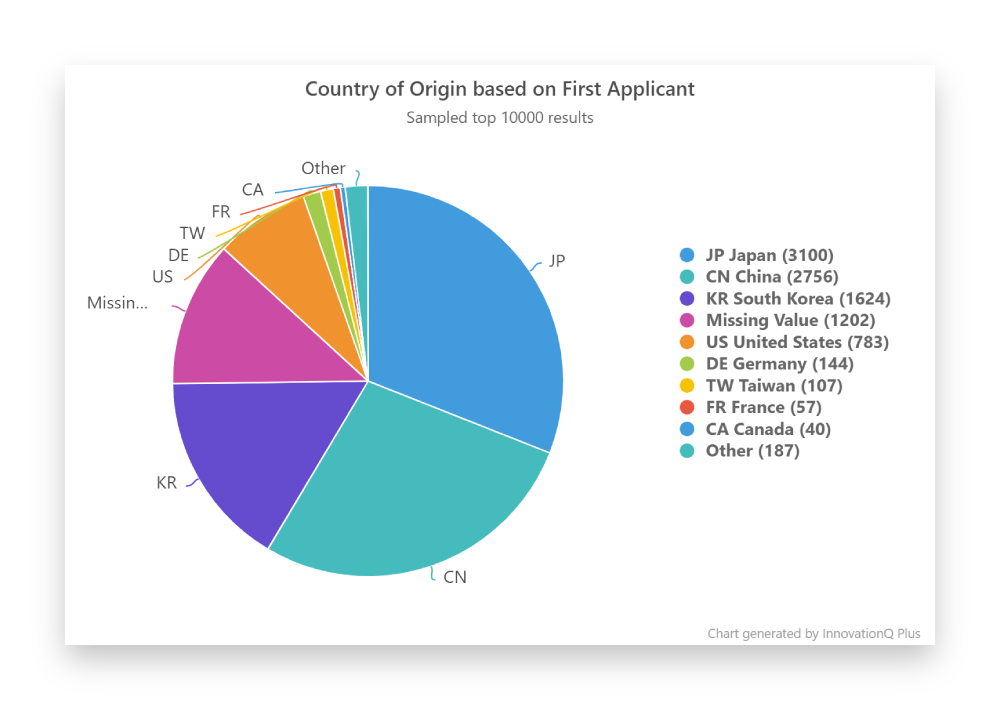 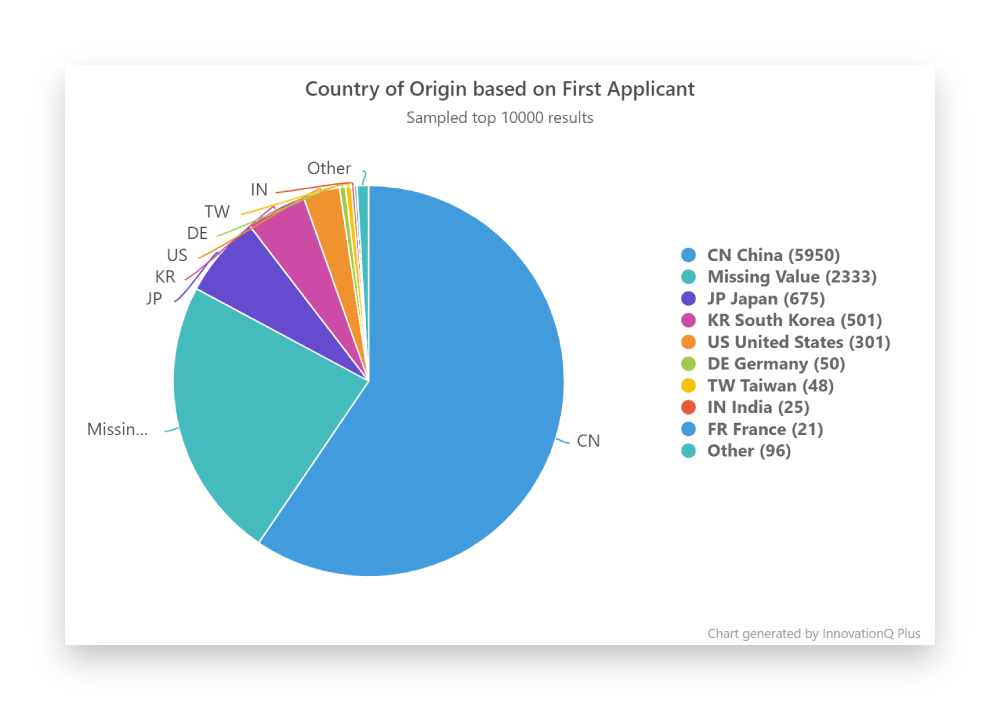 Due to reporting delays, approximately 90% of missing values are Chinese, with the remaining 10% a mix of Japanese and Korean applications.

One of the primary goals of new lithium battery technology is the reduction or elimination of cobalt. The Democratic Republic of Congo is home to about half of the world’s cobalt supply and currently produces 70% of cobalt. This metal, vital to traditional lithium-ion batteries, is often mined with egregious human rights violations, including child labor and severely uneven distribution of profits. It is also rare. Demand is expected to exceed supply by 2030, especially considering initiatives like the US’s Build Back Better Agenda, which aims for “half of all new vehicles sold in 2030 [to be] zero-emissions vehicles.”

In the face of these realities, innovative companies worldwide are working with alternative cathode materials. Even someone unfamiliar with battery technology will recognize some of these companies’ names, demonstrating how important lithium-ion batteries are to modern life.

Lithium Iron Phosphate: Most patent applications in the last five years related to lithium iron phosphate have been in China. However, Gotion (an energy solutions company based in California) has the most applications in the space worldwide. Other top players are all Chinese and include Central South University, Hunan Brunp Recycling, Beijing Hezong Science & Technology Co., Ltd, and Shenzhen Dynanonic Co., Ltd.

Zinc Manganese Oxide: The same is true for zinc manganese oxide, with the top patent applicants located in China (SASAC of the State Council), the US (Research Foundation of CUNY and Urban Electric Power), Germany (BASF SE), and Japan (Nippon Telegraph and Telephone). Interestingly, individual inventors are within the top 10 patent applicants in this space. 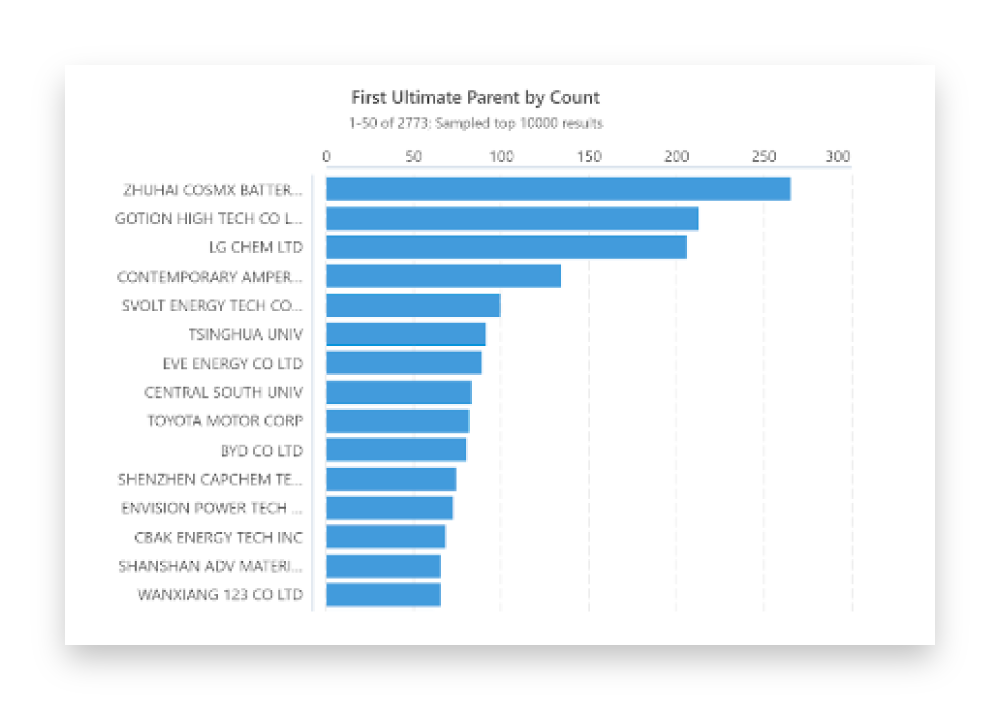