What Do the Olympic Games and Intellectual Property Have in Common?

While the 2018 Winter Olympic Games consume PyeonChang, South Korea, the athletes, and Olympic villagers temporarily residing there, the rest of us only sense a buzz in the back of our minds that may turn into a couple hours’ focus during prime time. We work through our days, touching some form of technology every minute, without ever realizing the connection between the Olympics and the work we do. You don’t have to be an athletic competitor to execute the ideals of the Olympics. If you are a researcher, a scientist, an engineer, a creator, holder, or examiner of intellectual property, then you are upholding one of the basic tenets of the Games. 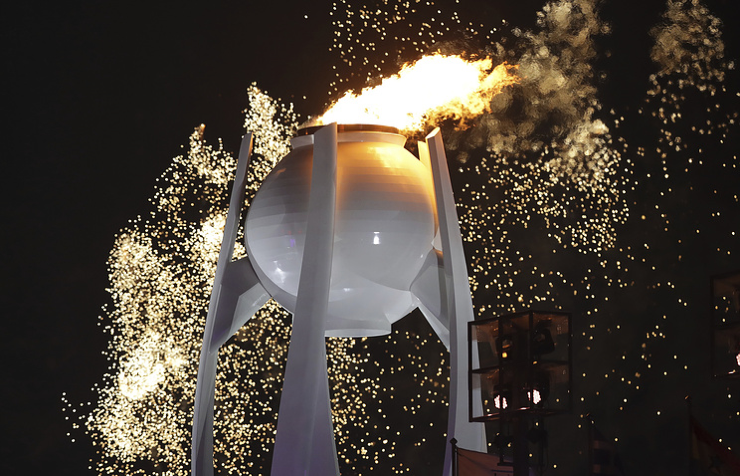 Prometheus is the Ancient Greek mythological hero who, in his advocacy of mankind, stole fire from Zeus to give it to the people. His intention was to bring progress and civilization to humanity. Recognized for his intelligence, even modern Western culture has tagged Prometheus as the face of striving for scientific knowledge. In Prometheus’ presentation of fire, he, mythologically speaking, gave people the power to invent.

The Ancient Greeks wanted to commemorate Prometheus’ gift in the form of the Olympic flame. Upon igniting, the flame represents life, rationalism, freedom, and inventiveness. It represents all the good features we see in fire. Beyond Ancient Olympia, however, the flame was out for centuries. Then, in Amsterdam in 1928, the tradition was reignited. The host city became responsible for maintaining the reminder of Prometheus’ gift in a giant vessel for the duration of the Games. As it burns, so does our drive to excel, athletically and scientifically.

The modern tradition of relaying the Olympic torch from Olympia, Greece to the host city did not begin until the 1936 Summer Olympics in Berlin. (The motivation for its inception is controversial and outside the scope of this article.) The relay emphasizes the connection not only between the ancient and the modern Games, but also the core values of purity – as the flame is still originally lit with the sun’s rays – intelligence, rationalism, and freedom that ancient and modern humankind share.

To carry the symbolic torch across the land, water, and air and through changing, sometimes harsh, weather conditions requires practical planning. Each year, the host city has the honor of designing a torch that represents the meaning of the Olympic Games and the pride of the country. In addition, the artists must work with engineers to craft a torch that can conquer the first Olympic challenge: keep the flame lit while crossing thousands of miles. Protecting the spirit of inventiveness requires some innovation.

The 2018 PyeonChang Olympic torch was designed as follows:

The torch was designed by Korean designer Young Se Kim, who set out to create something that would inspire happiness in all those who behold it. It has been designed so that the flame will continue to burn in all weather conditions, and that will withstand the strong winds and heavy snowfall that can be expected in the Republic of Korea. When wind blows towards the flame, an air-tunnel is created which provides more oxygen which in turn will keep the flame lit throughout the Torch Relay. There is also a pentagon shaped hole in the bottom of the torch so that any water can drain to the bottom of the torch, ensuring that the flame continues to burn in rainy conditions [1]. 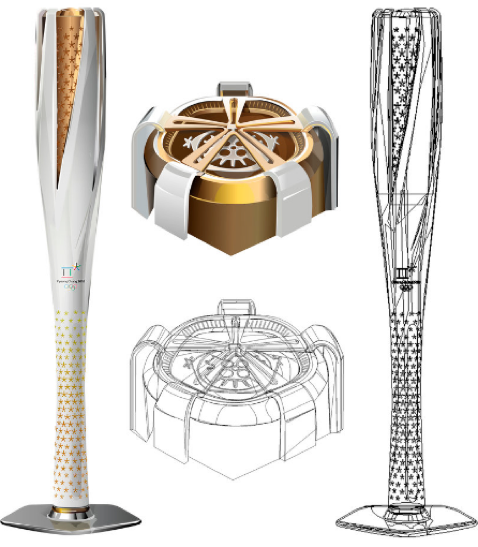 The Olympic Torch for the 2018 Winter Games

Innovation is as unstoppable as the torch-bearers. Some current inventions* might help with future torch designs:

Of course, this is not to say that we would not have technology without Prometheus. He is a myth. But intelligence is real. Inventiveness is critically human. The progression of civilization is inevitable. The Olympics remind us that the growth of intellectual property, like the blossom of the worldwide flame, should be viewed as a celebration of, and hope for, mankind. Game on!