How Popular Ideas Come to Life: The Elf on the Shelf

While I was recently visiting my family in Charleston, South Carolina, there was one thing that made my young cousins extremely excited each morning. It wasn’t breakfast or cartoons. It was a tiny toy that created mystery and enchantment: The Elf on the Shelf.

I’ve heard of The Elf on the Shelf from colleagues, friends, and family, but this was the first time I was able to witness it in action. My 8-year-old and 2-year-old cousins have two elves, Nicholas and Dora.  Nicholas is at their house and Dora is at their grandparent’s house.

Nicholas and Dora are Santa’s Scouts. They serve as his eyes and ears in homes around the world, according to The Elf on the Shelf website. The elves watch the children all day and report back to Santa on both good and bad behavior at night.

“When a family adopts a Scout Elf and gives it a name, the Scout Elf receives its Christmas magic and can fly to the North Pole each night to tell Santa Claus about all of the day’s adventures. Each morning, the Scout Elf returns to its family and perches in a different place to watch the fun. Children love to wake up and race around the house looking for their Scout Elf each morning.”1

After seeing my cousins’ elves in action, I decided to check out the products sold on the official website. I was blown away by how much The Elf on the Shelf has going on. It all started out with a book, then came the doll. Now there is an “Ideas for Scout Elves” app for parents, Claus Couture Elf Fashions clothing for the dolls, Elf Pets, and Letters to Santa which allow children to write a letter on special paper, place it in the oven so that it shrinks to a pint-sized letter, so the elf can carry it back to the North Pole. Clearly, this brand knows what they’re doing!

It made me wonder – are there any Elf on the Shelf competitors? And, what does their intellectual property look like?

One father, Adam Reed, created a product called Reindeer in Here. It is similar to The Elf on the Shelf, yet different. Reed created Reindeer in Here to stay with families and learn about them. Children are allowed to play with the Reindeer, whereas children are not supposed to touch the Elf or it will lose its magical powers.2

Similar toys to The Elf on the Shelf include Mensch on a Bench and Maccabee on the Mantel. These dolls and storybooks teach children about the origins of Hanukkah, rather than Christmas.3

I decided to run a search with IP.com’s InnovationQ using the concept, “behavior aid to make sure children are well-behaved before Christmas,” and this patent was listed at the top:

It was invented by Bruce Ruchser in Buffalo, New York, and has a publication date of 1991. Not quite the same as The Elf on the Shelf, but still an interesting find. 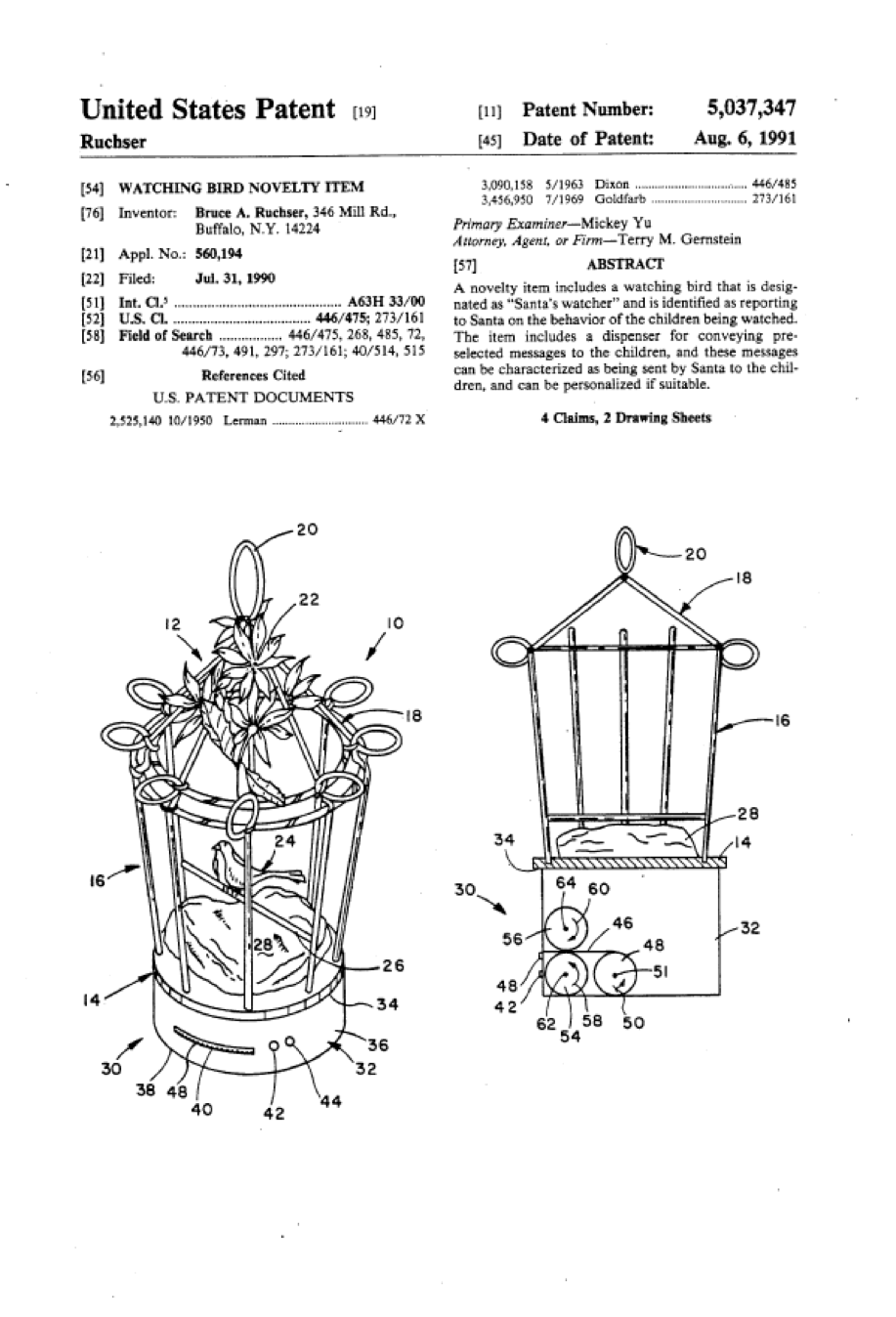 The Elf on the Shelf was created in 2004 by Carol Aebersold and her twin daughters. It started out as a book, then evolved into a broad product range for the brand. 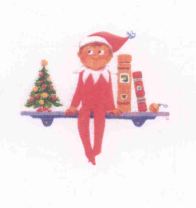 The applicant then filed for new applications for the Elf design and for “The Elf on the Shelf” (stylized) in 2008 and registered later that year.4 Since then, the family business, CCA&B, has accumulated a whopping 56 trademarks on everything from “Santa’s Special Paper” (Christmas ornaments made of plastic) to “Scout Elves at Play” (doll accessories and a children’s activity book, sold as a unit).5

The Elf on the Shelf has become a Christmas-time phenomenon and has made sure it is well protected. Between a copyright on the book and more than 50 trademarks, the brand has its intellectual property covered in several different ways.

What will be next for The Elf on the Shelf? We will just have to wait and see.