Skip to main content
Dismiss
InnovationQ and the IP.com Prior Art Database will be updated on Sunday, October 3, from 11am-1pm ET. You may experience brief service interruptions during that time.
Close Search
Patent Search & Analytics

How Popular Patents Come to Life: Square and Revolutionizing Point-of-Sale

Billion-dollar ideas are often a result of a seemingly small problem.

That is was the case when artist Jim McKelvey found himself attempting to sell $2,000 of handblown glass. His buyer wasn’t carrying that much cash, and McKelvey had no way to accept credit cards from his art studio. This seemingly small interaction presented an opportunity. That moment launched the idea behind Square and its IP portfolio.

Square is a financial services and mobile payment company. Primarily they sell software and hardware payment products and have also expanded into small business services. But it was the Square Reader that launched the firm’s upward trajectory.

Since we’ve been evolving into a cashless society, interactions like McKelvey’s were becoming much more frequent and required a fix. He and his (friend) and Co-Founder Jack Dorsey began to develop a device that would accept credit card payments by connecting to a mobile device’s audio jack. The original version consisted of a simple read head directly wired to a 3.5 mm audio jack, through which unencrypted, analog card information was fed to smartphones for amplification and digitization.

IP strategy for a start-up

As a start-up company, securing IP assets is paramount to the success of the organization. In general, you want to ensure:

Square had its IP management strategy devised early on; it filed its first patent, along with a dozen others on the same day. The patents covered the various Square Reader functions, from the decoding card swipe signals, passive identification circuitry, receipt generation, and more. The first patent, “Systems and methods for decoding card swipe signals,” cites founding engineer Sam Wen as the inventor and was filed in October 2010. 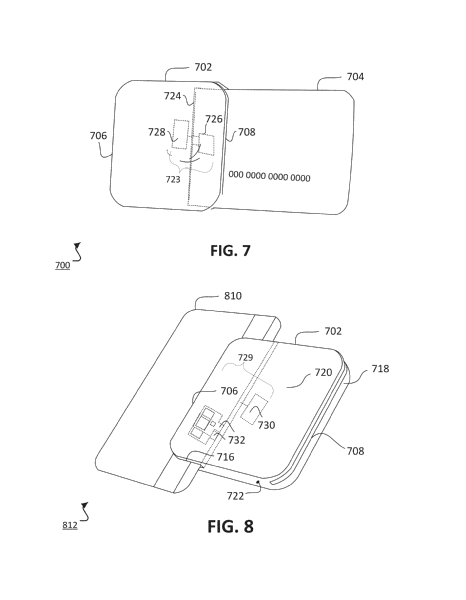 Changes to original partner devices (such as Apple’s decision to remove the audio jack from iPhones and the transition of credit cards to chipped smart cards) necessitated updates to the underlying technology, therefore new claims to patent. Square has found opportunities to update its IP assets to accommodate new technologies and file for new designs, further prolonging the life of its IP portfolio.

Since 2010, Square has updated their original patents to refine the claims and have expanded into different financial technology areas. They hold more than 400 U.S. patents between Square and its child companies, with more than 100 applications on file.

Due to updates to the product and subsequent patent continuations, Square has secured IP protection until 2030. Who knew that a common challenge we’ve all faced while visiting an arts and craft festival could result in a company with a multi-billion dollar valuation?