“Consider the source,” they say. “Only trust information from reliable experts,” they say.

So, of course, we do. But there is one day when we need to take a second look at the invention and not be so liberal with our trust of the informant.

Today is April Fools’ Day, as we recognize it. There are multiple stories behind the origin of this special day. One starts with All Fools’ Day in the late 16th century, when the calling out of fools began in France. The rest of Europe did not keep pace with France when it changed to living by the Gregorian Calendar rather than the traditional Julian Calendar. The Gregorian Calendar began the new year on January 1st. The Julian Calendar began the new year during the last week of March through the first day of April. Over the next several years, anyone still celebrating the “old” new year and beginning a new calendar on April 1st was considered slow. These people were tagged as gullible (hence, the fish symbol on this day, for someone who was easily “caught”), were ridiculed, and were pranked upon. From then on, April 1st has been the day to have fun by making stooges of friends and strangers.

Here are five examples of how some very serious minds made fools of the masses.

1878: The New York Graphic. Who could ever doubt the creations of the great inventor, Thomas Edison? He changed the world many times over. Why couldn’t he invent a machine to end world hunger? Giving eager believers something to chew on, a prominent New York publication described Edison’s apparatus for “manufacturing biscuit, meat, vegetables and wine out of air, water and common earth”. Newspapers across the country distributed the story. For a day or two that year, Edison was a true miracle-worker. 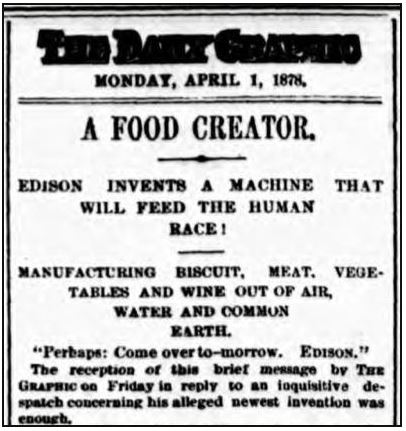 1940: Honolulu Star-Bulletin. As the US was watching the events in Europe shape into WWII, people looked for ways to prepare. The Honolulu Star-Bulletin delivered a report of Dr. Thorkel Gellison’s invention that could turn soldiers into “War Birds”. It was in the paper; why wouldn’t it be so? The described Norwegian scientist was going to equip a million machine-gun wielding soldiers with wings. This, allegedly, had already terrified Russia with winged Finnish fighters. It would soon make US troops airborne and unstoppable. The idea had a short flight. 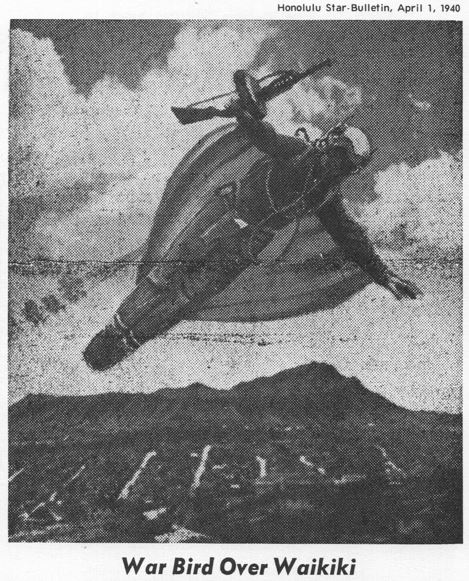 1957: A time for recreation, relaxation, and inventions to make life easier. And if a military man invented it, all the better! Who can the people trust more? Rear Admiral Tully Shelley, also a respected businessman, presented the Yonghy Bonghy Bo. This was a very impressive tabletop contraption for striking a match. A privileged gentleman could effortlessly light his cigarette. This was actually a working design, it just wasn’t meant for mass production. 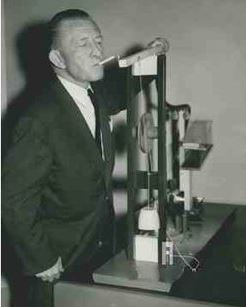 2009: Eastman Kodak, Co., at the forefront of innovation, not only put life into images, but also brought images to life. What else could they do? Invent glasses with a camera lens attached, allowing people to take real-life action photos? Of course! Why not? The Eye Camera advertisement promised less-than-likely x-ray vision; however, it did hint at technology that is common today, such as facial recognition and image stabilization. It was a high-tech piece of wearable gear. Just 10 years later, it doesn’t seem so strange. 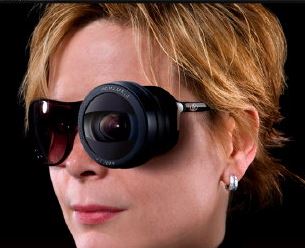 2018: Toshiba. Toshiba was there with the ultimate innovation to improve portability, productivity, and entertainment with, “the world’s first inflatable laptop”. Just press and hold CRTL+ALT and type in PUMP to deploy a neat yellow tube from the bottom of the laptop. How cool is a computer that floats? With an expert pitch from a technology guru, Toshiba offered to bring the worksite to the bubble bath and swimming pool. Considering the number of take-anywhere devices in hand, it was tempting to believe. 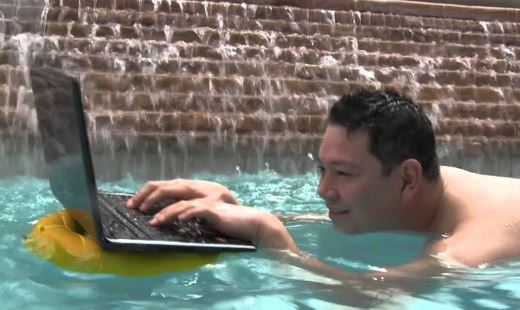 But – we are no fools. We can’t make bread from dirt, men cannot wear wings and fly, we won’t use a giant machine to light a cigarette, we won’t wear glasses with cameras (wait… what?), and we can’t put our laptops in the hot tub. At least, not today.

Today is April 1st. As you read your tech blogs, scientific magazines, and newspapers you might find something absolutely unbelievable. Remember to not only consider the source, but also why you want to believe what it is telling you.

* Product and service names used in this article might be trademarks or service marks of their respective owners.